After a bit of a break with everything going on, and applying to jobs again, I've decided to work on my own projects again as well. I've come back to Fino again and finished up the skinning, then found myself switching between texturing, skinning and even modelling again to try and make Fino look better.

She has an updated texture for her face, most noticeably the lips to make it easier to tell where her mouth is, which was becoming more of a problem. The first picture in the last post shows how hard it was to see where her mouth was.

*Note that Blogger has changed it's Post format, so the images below may be displayed differently to previous posts 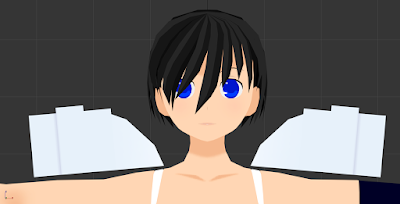 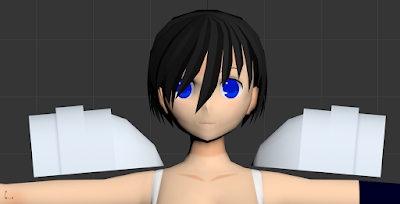 I smoothed out some places like the shoulders which had some issues when the collarbone was rotated to more extreme angles and the jaw, which was very different due to the structure of an anime style 3D head.
I made a quick metal pipe prop and put her in a few poses to try out the rig below: 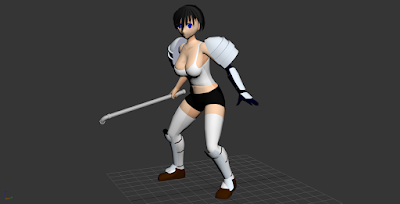 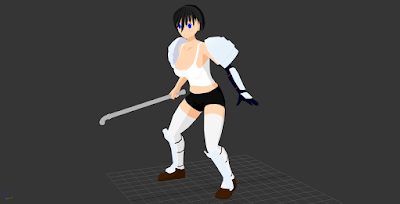 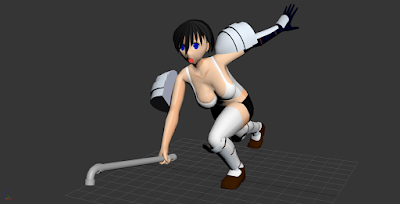 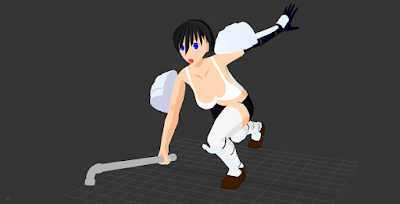 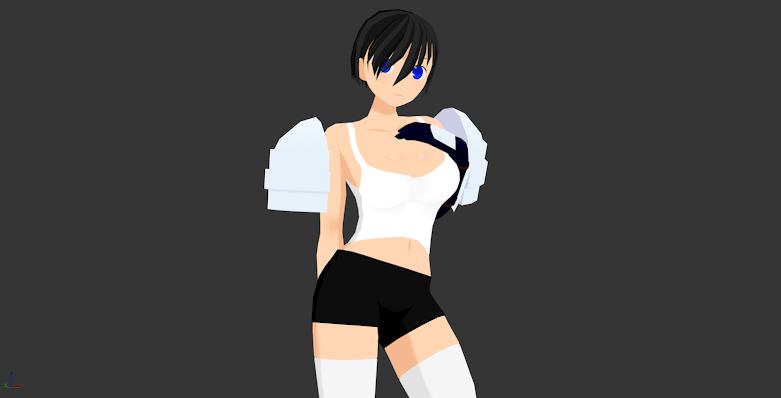 She still needs a facial rig to give her expressions, and I want to improve some parts of her model and textures, especially the hair which only has plain colours, and her eyes which feels sort of boring? I'm not too sure, but it just doesn't fit with the model for me. The two things that are on my mind right now are that I've been on this project for a long time now, and that trying to make the improvements above would move away from rigging and animation, which is what I should be focusing on.

What I'm considering right now is:

I have an idea in mind for the last one, and if it gets far it would lead to making my own game, which is what I want I've always wanted. To create video games.

The first two however would be better for my website when it comes to applying for rigging and animation jobs, and it has been a while since I've uploaded any animations to my website. I've been waiting for Dead Pixels Season 2, among some other things I worked on, to come out and to display on my website, but it looks like with Corona Virus it's been delayed until further notice.

For now I'll consider my options and see what I work on next.