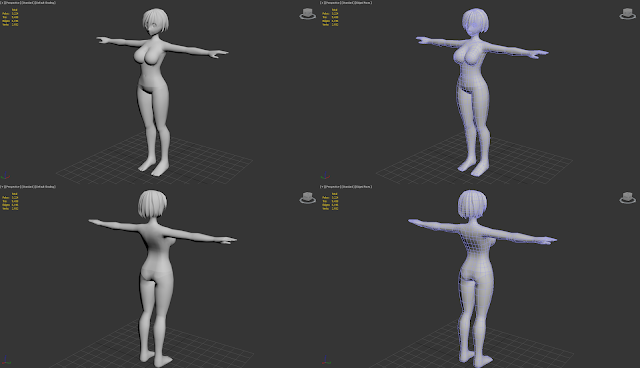 This is a project that I started a while ago but have been working on very slowly. The plan is to go through the process of creating a 3D character model, unwrapping, texturing, rigging and animating, all towards either a animation showreel or another game demo, similar to Project Samuel.

Fino is a character I designed a long time ago. There's a lot of details about her I can give, but for now she is a young woman who uses a sword and shield and is similar in design to a knight.

The model itself was made using models from other games as reference. I feel like I ended up following the other models too closely, but it was a great insight to how models like these are made, and I feel a bit more at ease with modeling some body parts like the hair and chest. 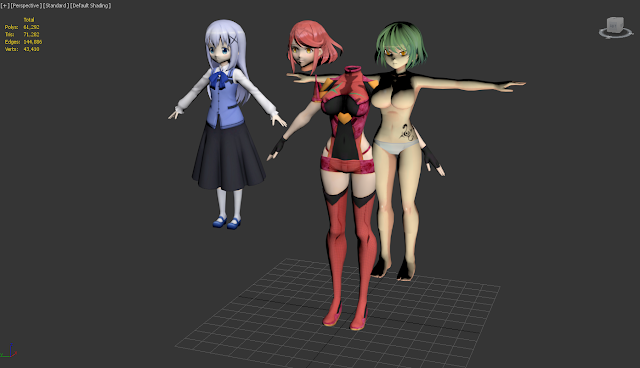 Next I plan to model the clothes for Fino. I'm not entirely sure how to approach this as I know clothes have been done in different ways, for example deleting body parts and using clothes as a part of the character model, or clothes that fit over the body. I've already been experimenting a bit and have a few things to show in my next post, such as teaching myself the Cloth modifier.
Posted by Kanjoejji at 8/11/2019